Combination drenches can not only help cattle producers prevent the development of resistance, they can also deliver measurable production benefits, a recent trial has suggested.

At the start of the trial, cattle were weighed and allocated to one of two treatment groups, to receive either Eclipse Pour-On or a single active pour-on.  Egg counts were taken and weights were recorded 10 days after treatment and then every 30 days for three months. Eclipse demonstrated a statistically significant advantage over the single-active (mectin) treatment on two of the six farms. On average across all six farms, at the end of the trial those treated with Eclipse were 5kg heavier than those treated with single active. Lead researcher Professor Bruce Allworth said the trial found resistance to the single-active mectin drench on five of the six farms. Boehringer Ingelheim’s Eclipse was effective on all six properties, with an estimated efficacy greater than 99 percent.

“Producers are not always aware of the significance of the production risks to younger cattle. This research demonstrates the risk of treatment failure for the first time in Australia,” Bruce says.

He suspects even greater weight differences for Eclipse may be expected depending on seasonal conditions.

“Worm burdens usually peak during winter, but 2017 had a relatively dry winter so the worm count was not as high as it might have been,” he says. “The results may have been more pronounced in a tougher winter season.”

The trial was conducted in younger cattle aged nine to 15 months. Dr Brad Goonan, one of the researchers and a veterinarian at Murray Valley Veterinary Services, says worms are particularly problematic in cattle at this age.

“Younger cattle are particularly vulnerable to worms as they have recently been weaned, so they only have a few months’ exposure to worms via the pasture. Their systems have not built an immunity to worms, and this is a peak time for their development,” he says.

“It is a time when young cattle are trying to grow and develop. We’re aiming to give them the best chance, and using an effective drench helps them develop into well-grown and healthy beasts.”

One of the farmers who participated in the trial said that cattle producers are very conscious of the link between worms, weight and profit.

“You want them to be in their prime. Because they’re growing, worms can set them back – they just don’t do as well. They probably feel a bit crook, don’t eat as much and don’t put as much weight on,” he says.

The majority of the farmers who participated in the trial say they are likely to use Eclipse as their preferred drench.

Bruce Allworth says that now is the ideal time for producers to look more closely at their drenching regimen.

“At the moment, returns on cattle are reasonable and steer prices remain strong. It’s a good time for farmers to implement best practice, including monitoring worm burdens, assessing their drench usage and testing for resistance on-farm. Using a combination drench will help producers make the most of a strong market by potentially optimising weight gain, and at the same time is likely to be the best strategy to combat drench resistance.” 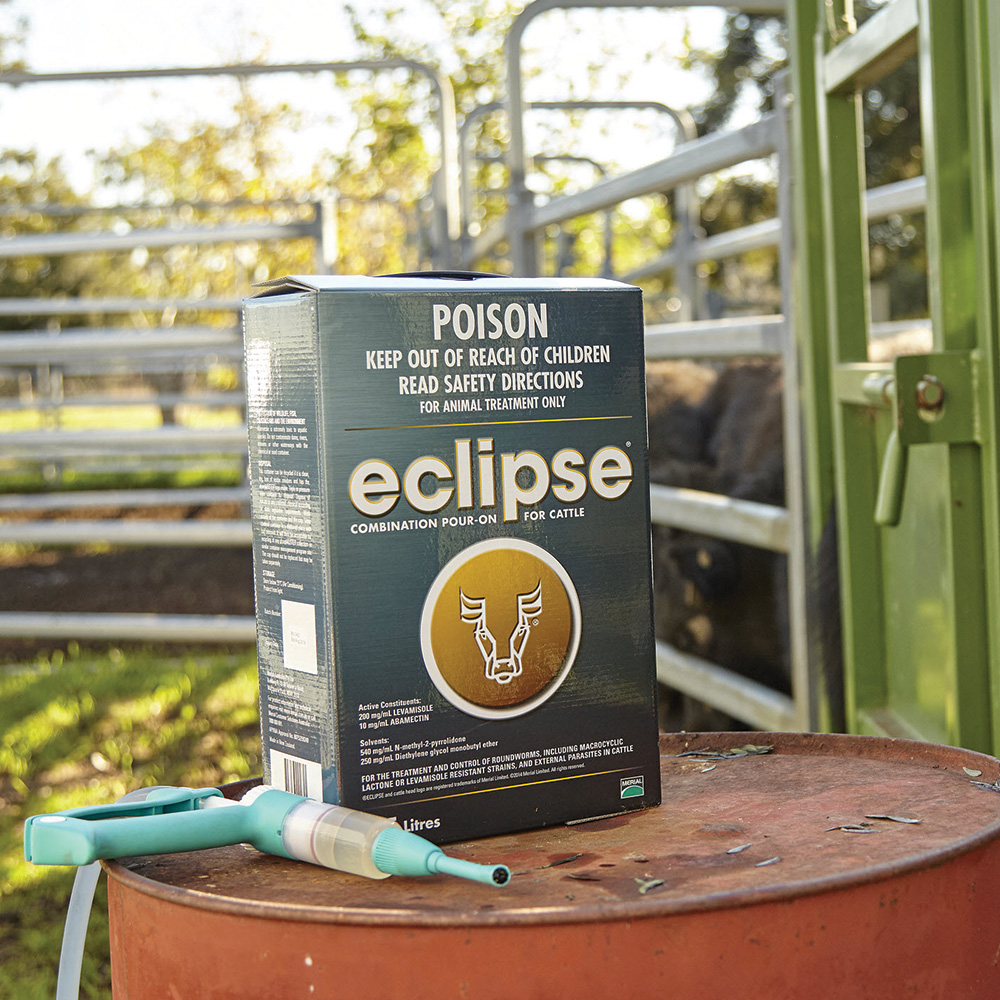 For more information about Boehringer Ingelheim Animal Health, contact our Customer service on 1800 808 691.