Many people may be shocked to find out that vaccines are not 100% effective 100% of the time. In a field study1, in which Virbac co-operated with the DPI, it was discovered that almost one third of cattle vaccinated weren’t actually protected from the disease.

“It’s a little shocking, but not entirely unexpected,” said Dr Matthew Ball, Veterinarian and Technical Services Manager for Virbac. “There are various factors that determine whether or not an animal successfully becomes vaccinated.”

While vaccines are manufactured to be effective, they require a well functioning immune system in order to elicit the appropriate response. Dr Ball explains, “For a vaccine to work, the animal’s body needs to be able to recognise that there is a foreign invader. In the process of white blood cells attacking and neutralising the invaders, the body is also able to study and remember the attackers, so that future attacks from the same invaders can be dealt with more swiftly and efficiently. Vaccines are essentially just a weaker form of the disease, which the animal can fight off and remember, so that when a real attack happens, they’ll be ready for it.” 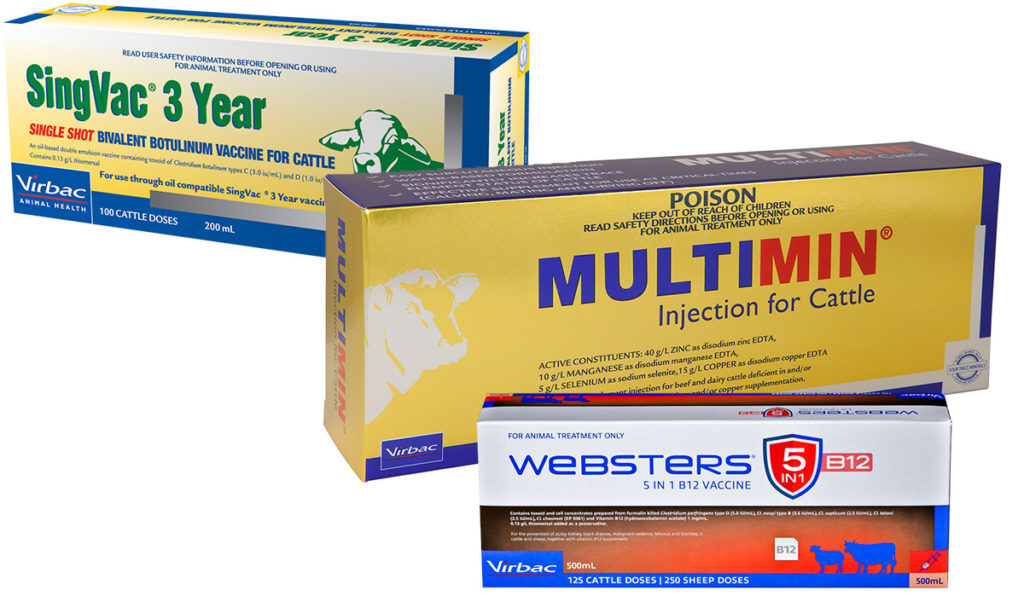 The above process is complex and requires many steps, which can be interrupted by a variety of causes. These include vaccine handling, administration technique, animal stress (climate, handling, health), and nutritional factors.

“Assuming the vaccine is handled and administered as per the manufacturer’s recommendations, there isn’t much producers can do about certain stressors, like climate,” added Dr Ball. “But what they can do is to optimise the nutritional status of their cattle before and during vaccination.”

When Dr Ball was asked what nutrients are important for immune function, he replied, “Adequate energy and protein is always important for health. It’s fairly easy to meet these requirements as they are often top of mind for producers. But what often gets overlooked is the importance of trace minerals.”

Trace minerals are critical for proper functioning of the immune system. Minerals such as selenium, copper, zinc, and manganese are needed for immune cells to process and attack the disease, as well as for the body to develop a memory of the disease.

Dr Ball recommends a complete nutrition program which includes adequate energy, protein, vitamins, and minerals as part of the animal’s daily ration. “In addition, I also recommend an injectable trace mineral top up at the same time as vaccination. University research2,3 and Australian field trials4 have shown that Multimin given at the same time as vaccination, was actually able to improve the speed and strength of the immune response. I believe that using Multimin together with any vaccine, will decrease the number of animals that don’t respond to the vaccine.”

“Really, the key to Multimin is the four active trace minerals in it and how quickly it gets absorbed. The minerals get into the blood in around eight hours, and into the liver at 24 hours5,” explains Dr Ball.

Speed is important in this case. Oral minerals and single mineral injections may not give the same vaccine response.

Multimin Injection for Cattle contains copper, zinc, selenium, and manganese in a chelated form. It provides a rapidly absorbed source of trace minerals that can be strategically used to help increase vaccine response.

0Shares
Previous PostSuccess at test farm sees increase in production and creates buzz in the marketNext PostA cut in China livestock tariffs a big deal… or not?