Knowing they can run bulls and cycling heifers or cows side by side if they need to, is good peace of mind for Hamish and Hayley Thompson — as is not having had to fix a short in four years.

The couple runs “Belang”, 12km south of Coolah, NSW on the Black Stump Way, with some “help” from their two young children, Quinnie and Penny.

Hamish says, “As a rule, we don’t run cycling heifers or cows and bulls side by side, but sometimes it occurs and we can do it with confidence because we’ve never had a problem with it.”

The reason is their Gallagher Westonfence — the same fencing that doesn’t short out if kangaroos or wild pigs hit it.

“Belang” runs a self-replacing Angus herd of around 600 cows, backgrounds steers for the feeder market and has some 283.5 hectares (700 acres) of river flats sown to oats in a rotation of pasture and lucerne for fodder production.

Appeal in no offsets

About four years ago they began installing Gallagher Westonfence for internal subdivision.

Hamish says, “I chose Gallagher Westonfence because I wanted power in the fence and but didn’t want stand- offs or insulators on the post. The Westonfence Insulated Suspension Posts [ISPs] were all that in one. They look solid like a post, although there is some give in the fence if something hits it.”

The Thompsons have used D7 ISPs, spaced at 3.3m with steel posts at 15m. “This is further apart than the recommended 10m for steel posts and 3.3m for ISPs, but it’s fine for us; our cattle are all fence trained as weaners, and on our farming paddocks where the steers are we are starting to use the D4 ISPs, which still makes a solid- looking fence.” (The D4 is often used for cell-grazing deer.)

No shorts from roos or pigs

Previously on “Belang”, fabricated fencing was used; although in the latter part of Hamish’s parents’ time, they had moved to three plain wires and two barbs, with stand-off and electric wires.

“These fences were good, but with the electric wire being in standoff, the kangaroos and pigs were forever shorting it out when they would run into it or try and jump it. With the new Gallagher Westonfence, we still, to this day, haven’t had to fix a short in it.”

One section of the fencing is powered on mains, with a solar unit powering another section.

“In all, the Westonfence is very easy to install and our country is fairly hilly and undulating,” says Hamish.

Hamish says the fence has improved their day-to-day management in a couple of ways. 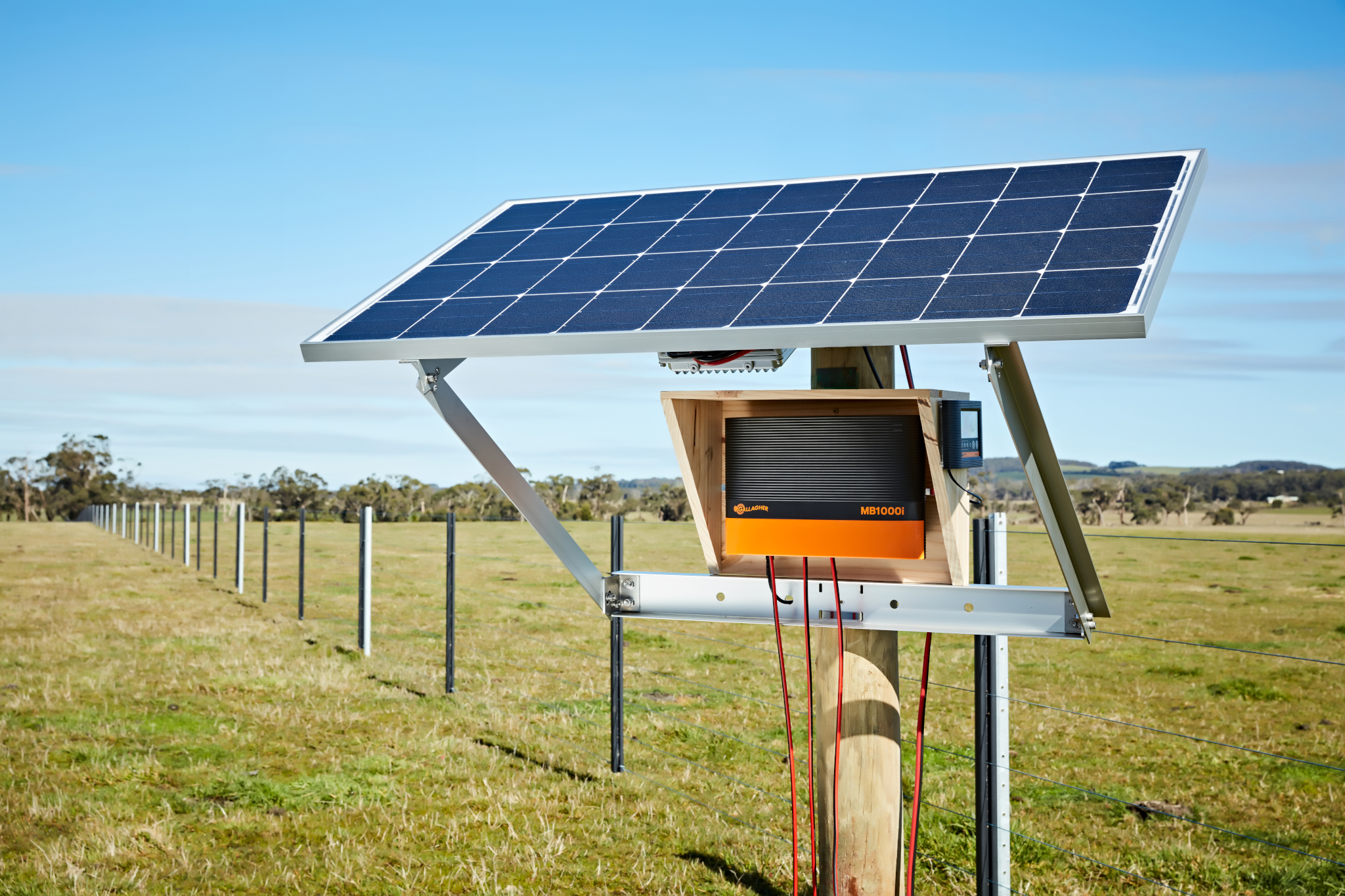 “Firstly, because we don’t have to chase shorts around all the time, and secondly, because the power is always going through it, you know that when you put the cattle in the paddock, that there is pretty much a 100% chance that they will all be in the same paddock when you go to muster them again.

“Although we’re only doing internal fences at the moment, we do have future plans to do some exclusion fencing for roos and pigs using the Gallagher Westonfence because we like it.”

Gallagher Westonfence provides a complete solution to manage and protect livestock, pastures and other valuable assets. Westonfence is quick, easy to install, and delivers safe and secure electric fencing for almost any situation. The robust and low maintenance Gallagher Westonfence is ideal for use paired with a Multi Powered MB i Series Fence Energizer – together they allow you to farm and control stock in the most remote locations, without reliable mains power.

To learn more about Gallagher Westonfence and its potential for improving your on-farm productivity, talk to your local CRT store, visit www.gallagher.com for product information or to find out about attending a Gallagher Electric Fencing demonstration day near you.