Since then the tie-wire business has expanded into other wire and steel products, from fencing wire and prefabricated wire fencing to steel fence posts, tools, accessories and gates.

“With a critical shortage of labour in agriculture, farmers are continually looking for ways to do fencing, faster and more efficiently,” said Matthew Stinson.

Stockpost® was developed by Whites as a premium fence post alternative to high-price fence posts and cheap imported posts. “We had an opportunity to build a factory from scratch in 2011, where we could create a post that was right for Australian conditions, with modern rolling equipment to create high grade steel fence posts. Historically holes were punched one at a time and precision placement allows us to punch them all at once, giving better alignment,” said Matthew Stinson.

Whites pride themselves on their “people on the ground”, who are integral in servicing their customers, gathering valuable research and providing end-user training, an area they’re looking to evolve further.

“Our strength lies not only in product development but the Territory Sales Managers who are in the front line with their ears to the ground, bringing ideas from out in the field back to our team.”

Their recent partnership with Frauenfelder gate and wire manufacturing in Albury, NSW has allowed for greater flexibility in product development at the local level. 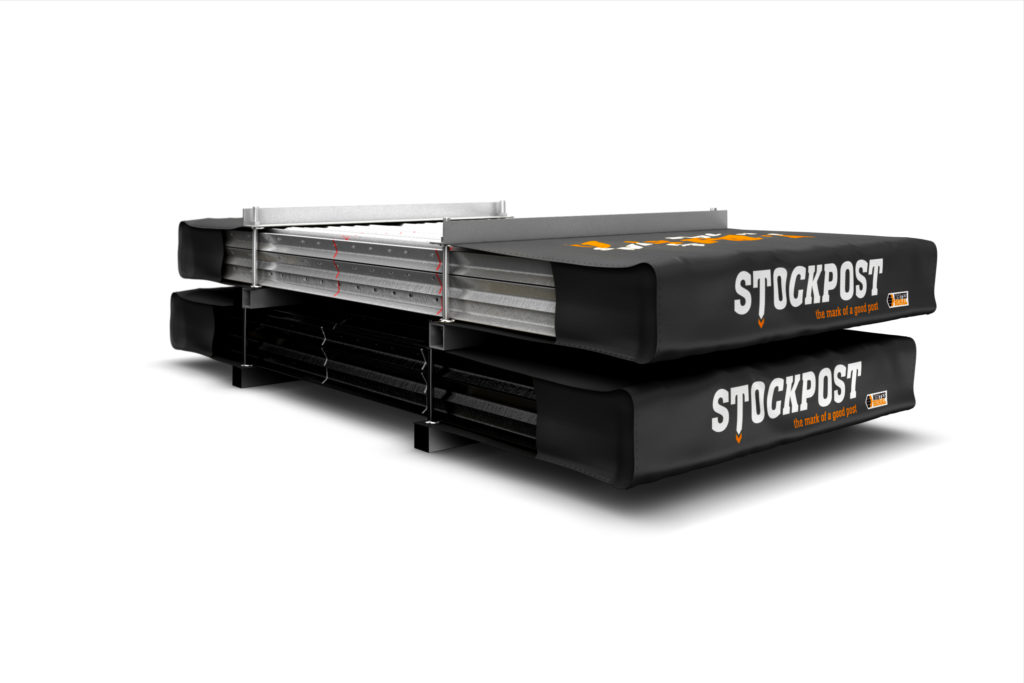 Whites identified a need in the market for faster fencing and in response developed an innovatively Australian-designed product, exclusive to Whites Rural.

The Ute Pack which reduces the time in handling and unbundling of fence posts contains single Stockposts available in black bituminous or hot dip galvanised coatings in quantities of 200 that can easily be refastened before finishing the job. This enables ease of loading and faster completion of larger fencelines.

A bigger roll in fencing – exclusive to CRT

What more could you want from White Rural’s Stiff Stay fabricated fencing?

A highly engineered tight cross-over knot, heavily galvanised for a longer life and made with Australian smarts in Albury NSW. Well, Whites have come up with more, an extra 20m in fact and it’s exclusive to CRT. Whites Stiff Stay 7/90/30 is available in 220m rolls for a limited time.

The new Max-T from MaxTensor is a great time-saver when you’re tying off multiple lines of fence wire.

The increased uptake of quality fabricated fencing such as Stiff Stay, has led to more and more fencing contractors looking for a faster fencing option. Exclusively distributed by Whites Rural, the Max-T ties-off in seconds!

Simply slot the wire through the lower slot, around your post, and then into the top hole for a fast, secure tie. What’s more, the release mechanism means your knot can be re-tensioned. 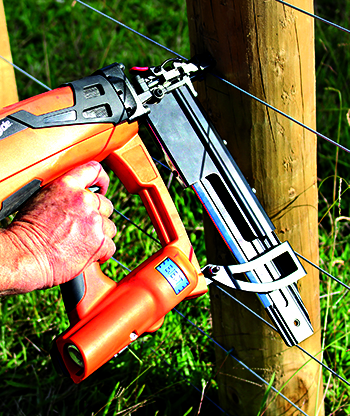 For those seeking faster fencing solutions, it’s time to throw away the hammer, without feeling the need to pull out the air compressor.

Whites Rural exclusively sells and distributes the world’s first 50mm barb stapler gun, the STOCKade® ST400i Cordless Stapler offering hose-free portability in a powerful gas cartridge gun. The powerful fencing stapler can be used with one hand, keeping the other out of harms way, firing up to 650 staples per fuel cell.